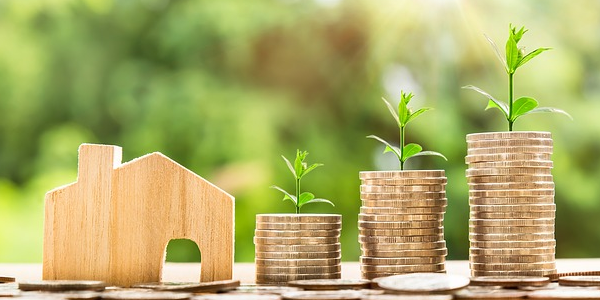 In this briefing, we would like to inform you about the ongoing discussions to regulate covered bonds on EU level. We also provide you with a quick outlook regarding the next steps.

What are covered bonds?

Covered bonds are financial instruments generally issued by banks backed by a separate pool of assets to which investors have a preferential claim. They are considered beneficial because they fund cost-effective lending and are particularly safe.

The pool of assets usually consists of high-quality assets, such as residential and commercial mortgages or public debt. The investors in covered bonds are usually institutional investors such as banks, pension funds, insurance companies or asset managers.

The issuance of covered bonds is only regulated at national level. Regulatory regimes differ widely across Member States in terms of supervision, disclosure requirements and the composition of the pool of assets backing the covered bond.  In light of their low risk, covered bonds currently benefit from preferential prudential regulatory treatment under the Capital Requirements Regulation (CRR). However, existing Union law does not comprehensively address what constitutes a covered bond.

The proposals – a draft Directive and a draft Regulation – aim to foster the development of covered bonds across the European Union.

Furthermore, a draft Regulation amends the CRR as regards exposures in the form of covered bonds. It aims strengthening the conditions for granting preferential capital treatment by adding further requirements.

In addition, the European Parliament endorsed another covered bond instrument, the European Secured Notes (ESN), in an own-initiative report in 2017.

On 24 July 2018, the European Banking Authority (EBA) published a report presenting the outcome of its assessment regarding ESNs and makes recommendations on key aspects in connection with a potential legislative framework for SME ESNs. According to EBA, SME ESNs should be structured as a dual recourse instrument, similar to covered bonds. Due to the high-risk profile of SME exposures, EBA suggests a more restrictive framework, especially with respect to the coverage, the liquidity and the disclosure requirements and suggests strict eligibility criteria at both loan and pool level and a minimum level of over-collateralisation of at least 30%. As regards capital requirements, EBA advises that no preferential treatment (i.e. similar to covered bonds) is granted. However, a differentiated risk-weight treatment compared to unsecured notes could be considered subject to certain considerations.

However, EBA does not recommend the creation of Infrastructure ESNs. A dual recourse structure for infrastructure loans is not regarded appropriate given the lack of granularity in a cover pool, the complexity of the loan structures and the specific and different nature of infrastructure projects making it very difficult to create a high quality dynamic cover pool of infrastructure loans. Instead, EBA recommends the European Commission to investigate the case for a new distinct asset class for high-quality project finance loans in the form of a standardised EU infrastructure bond. Further EBA work would be needed to specify the features and the applicable framework for this potential new product.

The Council also reached a political agreement under the Austrian’s presidency in November 2018.

In January 2019, the ‘trilogue’ between the European Parliament, the Council and the European Commission has started. It is expected that the covered bonds-package is finalised before the upcoming elections of the European Parliament in May 2019. Member States will have to implement the respective EU laws into their national legal regimes within two years after publication in the Official Gazette of the EU.

In 2017, the Austrian banking industry submitted a proposal to revise national regulations regarding covered bonds to the Austrian Ministry of Finance. However, the Ministry prefers to await the outcome of the negotiations on EU level before starting any legal work at national level.