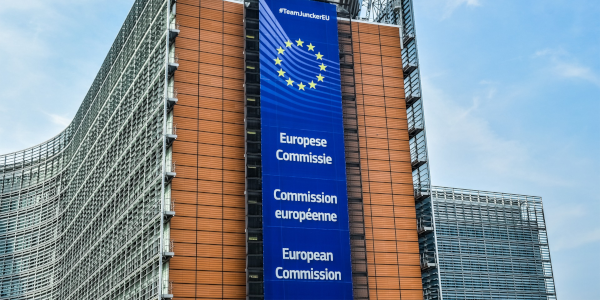 On 12 September 2018, the European Commission proposed new measures to further strengthen the supervision of EU financial institutions with regard to money-laundering and terrorist financing risks. This, only four months after publication of the Fifth Anti-Money Laundering Directive. With this alert, we would like to provide you with an overview of the most important issues of the Commission’s proposal.

Especially compliance officers with AML responsibilities from all kind of financial institutions should track closely the developments on this legislative proposal over the next several months.

What is the legislative proposal about?

The Commission proposes to introduce a set of targeted amendments to the existing legislation on prudential supervision and the regulatory framework of the European Supervisory Authorities (ESAs). It is part of a broader strategy to strengthen the European Banking Authority’s (EBA) role for prudential and anti-money laundering supervision of financial institutions.

The Commission aims to provide EBA with a more explicit and comprehensive mandate to ensure that risks of money laundering and terrorist financing in the EU's financial system are effectively and consistently incorporated into the supervisory strategies and practices of all relevant authorities.

Starting point for the Commission’s initiative were concerns that due to several recent cases of money laundering in European banks, the rules regarding anti-money laundering supervision are not always supervised and enforced effectively across the EU. These cases relate to recent events of significant AML failures at institutions such as, for example, ING and Danske Bank.

A recent report issued by a Special Working Group on Money Laundering, which was set up by the Commission, also urged for enhancing AML supervision. The actual proposal follows the report in considerable parts.

The most important proposals

The European Commission proposes to broaden the EBA’s AML mandate in six respects:

Nevertheless, it is unclear whether EBA is able to fulfil the additional responsibilities in the short term. Even the Special Working Group on Money Laundering acknowledges that the agency lacks staff to carry out the additional tasks. Furthermore, considering the EBA’s process of moving its headquarters from London to Paris after Britain’s vote to leave the EU, this issue might only be resolved in the medium or long term.

Other considerations of the European Commission

In its recent communication, the European Commission mentioned that in the long-term it might propose transforming the Anti-Money Laundering Directive into a Regulation. Furthermore, the Commission considers establishing a single EU supervisor taking responsibility for AML/CFT issues.